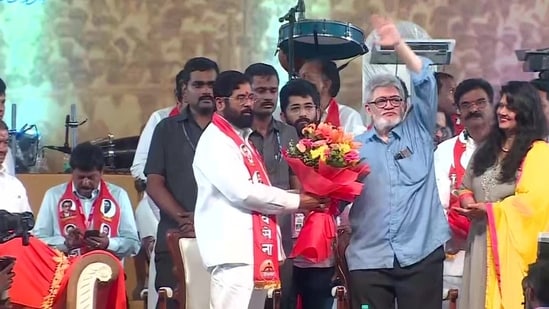 Maharashtra chief minister Eknath Shinde on Wednesday said the Shiv Sena is not about Uddhav Thackeray and himself, but the ideology of Balasaheb Thackeray.

Addressing a Dussehra rally at the BKC ground in Mumbai, Shinde, who had engineered a rebellion in the Sena to lead to a fall of the Uddhav-led government, said the crowd gathered at the venue proves who is following the real legacy of Balasaheb Thackeray.

Jaidev Thackeray, son of Shiv Sena founder Bal Thackeray and brother of Uddhav Thackeray, and several other members of the family shared dias with Shinde at the rebel faction’s Dussehra rally.

‘Who’s the traitor?’ Shinde talks of Balasaheb’s legacy with Uddhav kin by his side