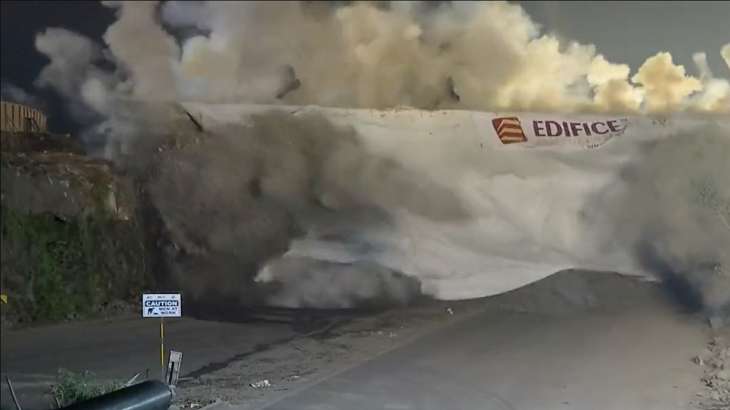 Following the demolition, several earthmover machines and trucks were pressed into action to bring down the hanging structures and lift away the debris, news agency PTI has reported.