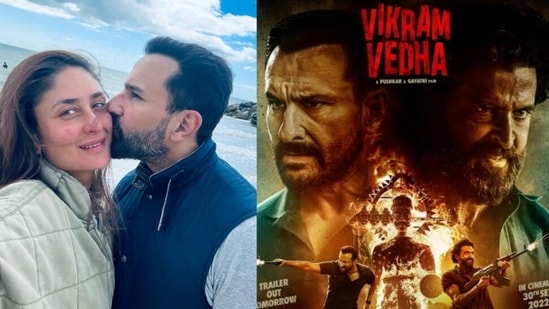 After Ranbir Kapoor and Alia Bhatt’s Brahmastra: Part One -Shiva, Gayatri and Pushkar’s directorial venture Vikram Vedha is the next big Bollywood release.

Featuring Hrithik Roshan and Saif Ali Khan in the titular roles, the much-awaited film is slated to hit the theatres on September 30.

Co-starring Radhika Apte, Rohit Saraf and others in key roles, Vikram Vedha is the Hindi remake of 2017 Tamil film of the same name and moviegoers are looking forward to watching it on the silver screens.

Hrithik Roshan says he got ‘lost’ with the adulation for Kabir in War: ‘If I don’t separate me from my on-screen persona, I will live in chaos’

Hrithik Roshan To Saif Ali Khan: Here’s How Much The Cast of ‘Vikram Vedha’ Is Being Paid