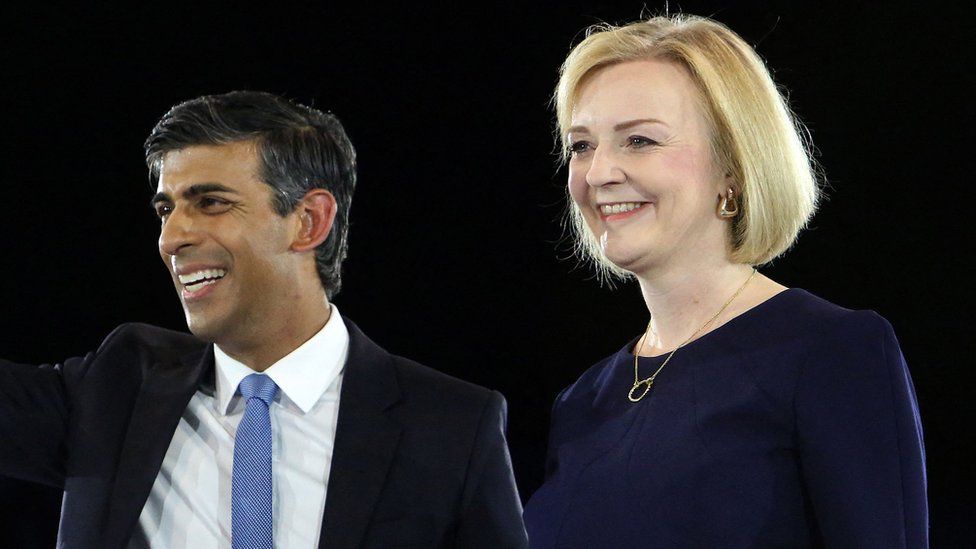 UK foreign secretary Liz Truss on Monday won the Conservative Party leadership contest, beating Rishi Sunak to go on to replace outgoing Prime Minister Boris Johnson – loyalty to whom seems to have gone against the Indian-origin former chancellor in a result that was closer than predicted.

The 47-year-old senior Cabinet minister was widely expected to become Britain’s third female Prime Minister after over 170,000 online and postal votes cast by Tory members, ending Sunak’s historic run as the first member of Parliament of Indian heritage to compete for the top job at 10 Downing Street.

Truss polled 81,326 votes, compared to Sunak’s 60,399 in an election with a high turnout of 82.6 per cent, with 654 rejected ballots from a total of 172,437 eligible Tory voters. It means Truss did win by a comfortable margin, but her victory was slimmer than in other recent Tory leadership contests at 57.4 per cent to Sunak’s 42.6 per cent – reflecting a divide within the governing party.

Rishi Sunak loses to Liz Truss, but does better than expected

Rishi Sunak loses to Liz Truss, but does better than expected

‘Unite Behind…’: What Rishi Sunak Said After Defeat In British PM Race

Who is Rishi Sunak: Life, Background, Education and Income

What next for Rishi Sunak?