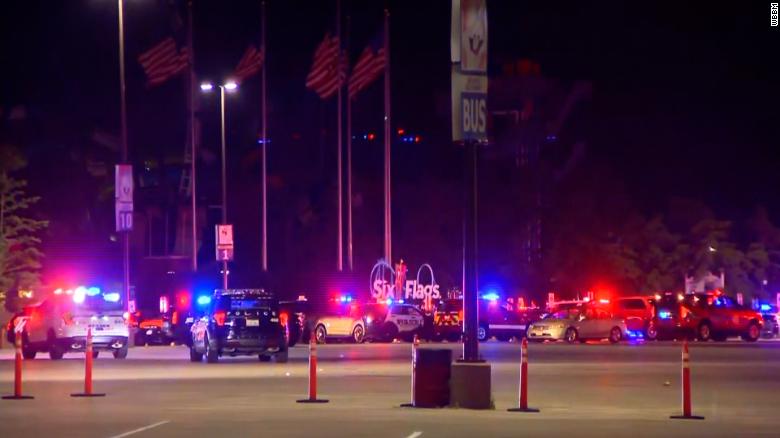 (CNN)Three people were injured in a shooting in the parking lot of the Six Flags Great America amusement park in Gurnee, Illinois, Sunday night, the park and police confirmed.

At around 8 p.m., the Gurnee Police Department responded to multiple 911 calls reporting shots fired at the park, the department said in a news release. Their initial investigation found a car had entered the parking lot, suspects exited the vehicle near the front entrance of the park, and they began shooting at another individual, police said. The suspects then fled the scene in the car.

3 shot outside Six Flags in Gurnee

3 injured in shooting outside Six Flags Great America near Chicago

3 injured in shooting at Six Flags near Chicago