People of India are not just going to keep quiet: Rahul Gandhi 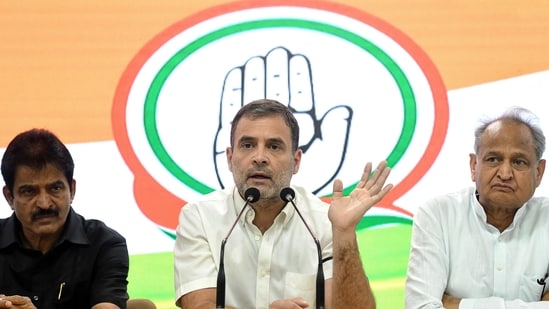 Rahul Gandhi was detained soon after he kickstarted the Congress’s day-long protests against price rise, unemployment and GST rate hikes on Friday morning and equated the Narendra Modi government with a “dictatorship” that has “hijacked” all institutions of India’s democratic structure.

According to reports, several Congress MPs – including Gandhi and Shashi Tharoor – were detained as they were headed towards the Rashtrapati Bhavan to protest issues such as price rise, unemployment and GST rate hikes on essential items. The MPs were dressed in black as a symbol of their protest.

People of India are not just going to keep quiet: Rahul Gandhi

Rahul, Priyanka and Other Congress Leaders Detained During Nationwide Protest

Hitler also won elections, I too will show you if…: Rahul Gandhi