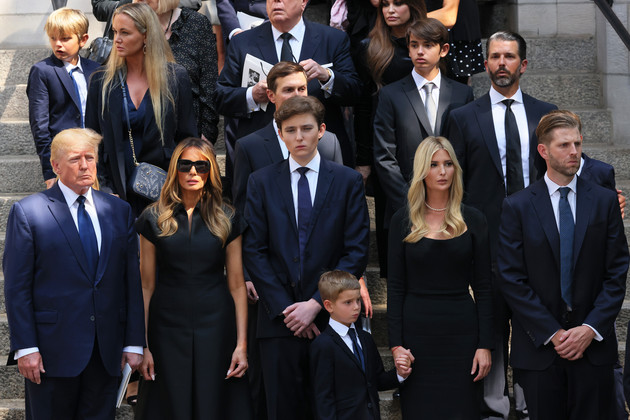 NEW YORK — Ivana Trump, the 1980s style icon and businesswoman who helped Donald Trump build the empire that put him on a road toward the White House, lived a “beautiful life,” the former president recalled as loved ones paid final respects to her Wednesday.

The ex-president joined all his children, an array of other relatives and friends at a Manhattan church for Ivana Trump’s funeral Mass.

Ivana Trump Was Always the Boss of Her

At Ivana Trump’s Funeral, a Gold-Hued Coffin and the Secret Service