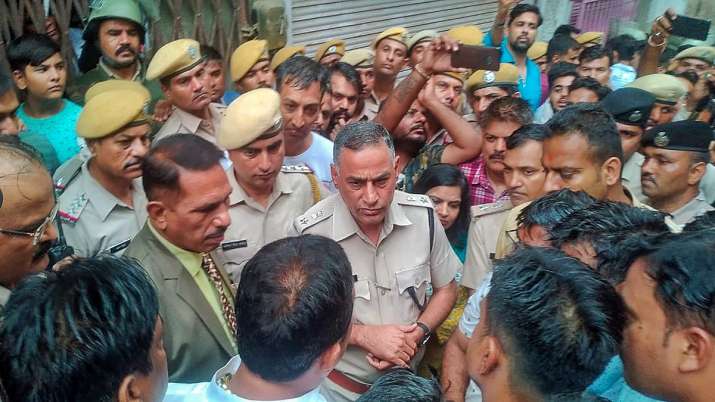 Udaipur tailor beheading: A tailor, identified as Kanhaiya Lal, was murdered at a shop and the crime was filmed by the assailants in Rajasthan’s Udaipur on Tuesday. The incident took place in Maldas area of the city. The two accused had reached the victim’s shop on Tuesday afternoon. One of the assailants attacked Kanhaiya Lal with a sharp-edged weapon while the other recorded the crime on his mobile phone, police said. Soon after, they circulated a video of themselves confessing to the killing on social media.

Udaipur: Two Arrested for Brutal Murder of Tailor Who Had Backed Nupur Sharma on Social Media