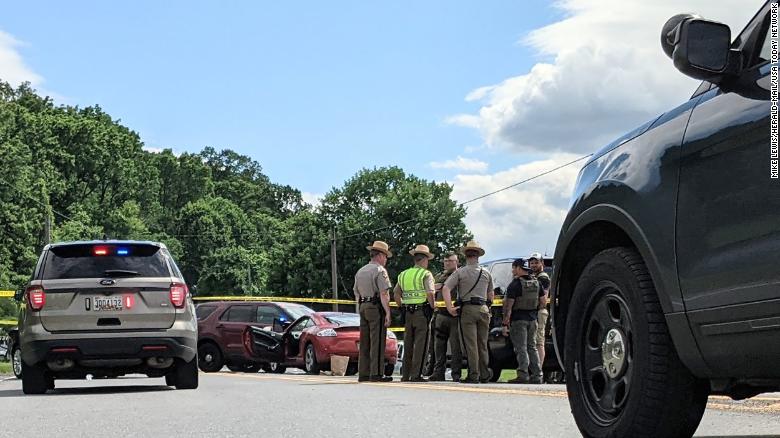 Three people died and three people were injured after a shooter opened fire at a manufacturing facility in Smithsburg, Md., officials say. The male suspect is one of the three people injured.

According to the Washington County Sheriff’s Office, the shooting took place just after 2:30 p.m. at Columbia Machine in Smithsburg, about 75 miles west of Baltimore.

3 people died in a shooting at a Maryland manufacturing facility, officials say

3 people were killed in workplace shooting at Maryland plant. The suspect and a trooper were wounded in an ensuing shootout