But where is Rahul Gandhi? 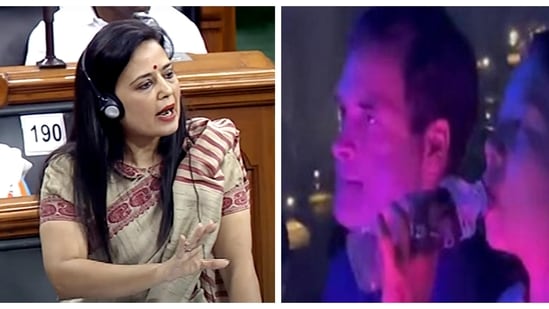 Trinamool MP Mahua Moitra has come in support of Congress leader Rahul Gandhi after the BJP sought to create a political row tweeting a video of Rahul Gandhi partying in Nepal. “How on earth is it anybody’s business whether @RahulGandhi or anybody else is in nightclub or at wedding in private time?,” the Trinamool MP tweeted. Slamming BJP social media department head Amit Malviya who shared the video and said Rahul Gandhi had partied during the 2008 Mumbai blast also, Mahua Moitra said, “Sick @BJP trolls in charge should stick to doing what they do best- leading double lives with beer in teapots.”

Woman in viral video partying with Rahul Gandhi in Nepal bar ‘friend of bride’, here is what we know

But where is Rahul Gandhi?