‘It’s 1-1 at least he will speak less’: Krunal Pandya gives Kieron Pollard a bizarre send-off during LSG vs MI – WATCH 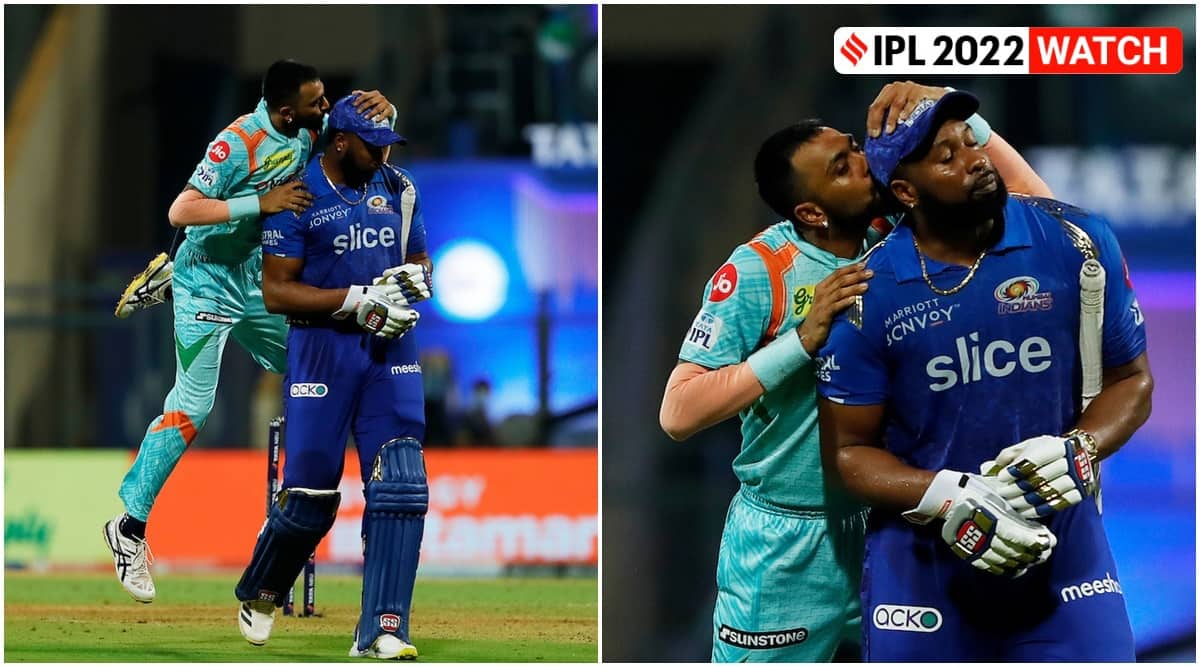 April 25, 2022 0 Comments
Mumbai Indians (MI) returned to the Wankhede Stadium after 1083 days but there was no change of fortunes for them as they sank to their eighth defeat in a row, losing to Lucknow Super Giants (LSG) by 36 runs on Sunday (April 24). The five-time champions are almost out of contention to reach the playoffs while LSG climbed to fourth place on the 2022 Indian Premier League table.
Former MI bowler LSG’s Krunal Pandya ended up with the most successful bowling figures of the match taking 3 wickets while giving away only 19 runs of the four overs he bowled. He dismissed two of his former teammates Rohit Sharma and Kieron Pollard apart from Daniel Sams in his spell.
After dismissing Pollard, Pandya celebrating the wicket joyously kissed his former team mate on his helmet. Pollard having a good rapport with Pandya did not respond to the gesture although he did not seem to take it in bad taste.

‘It’s 1-1 at least he will speak less’: Krunal Pandya gives Kieron Pollard a bizarre send-off during LSG vs MI – WATCH

LSG vs MI: Krunal Pandya sends off Kieron Pollard with a kiss

IPL 2022: Krunal Pandya’s Response After Dismissing Kieron Pollard Is A Must Watch

IPL 2022: Krunal Pandya jumps on Kieron Pollard in elation after dismissing him