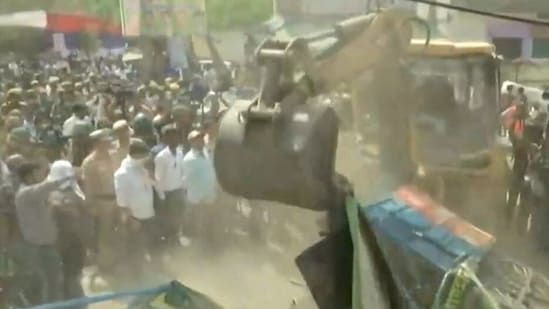 Delhi Violence news highlights: The demolition drive in northwest Delhi’s Jahangirpuri came to a halt after the Supreme Court ordered a status quo on the activity. However, the drive, which commenced earlier today, did not pause immediately as officials did not get a copy of the apex court’s order. It came to a halt more than an hour after the status quo was ordered after a copy was delivered to officials.