Jupiter’s moon Europa may have water where life could exist, say scientists 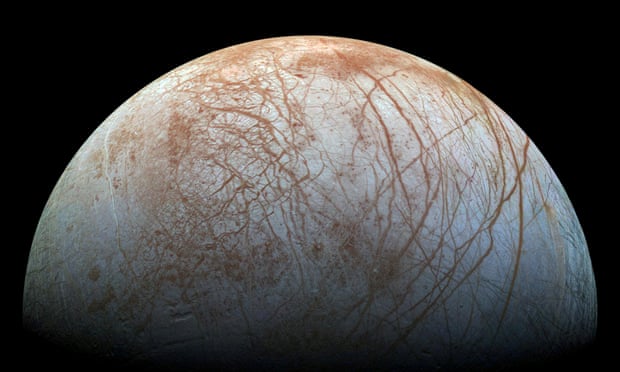 Subterranean pools of salty water may be commonplace on Jupiter’s moon, Europa, according to researchers who believe the sites could be promising spots to search for signs of life beyond Earth.

Evidence for the shallow pools, not far beneath the frozen surface of the Jovian moon, emerged when scientists noticed that giant parallel ridges stretching for hundreds of miles on Europa were strikingly similar to surface features discovered on the Greenland ice sheet.

If the extensive ice ridges that crisscross Europa formed in a similar way to those in Greenland, then pockets of subsurface water may be ubiquitous on the body and help circulate chemicals necessary for life from the icy shell down to the salty ocean that lurks far beneath.

Jupiter’s moon Europa may have water where life could exist, say scientists

Jupiter’s moon Europa may have a habitable ice shell

Jupiter’s moon Europa has ice-ridges similar to those found in Greenland; Jovian moon may have life

Icy Moon Europa May Host Water Near the Surface