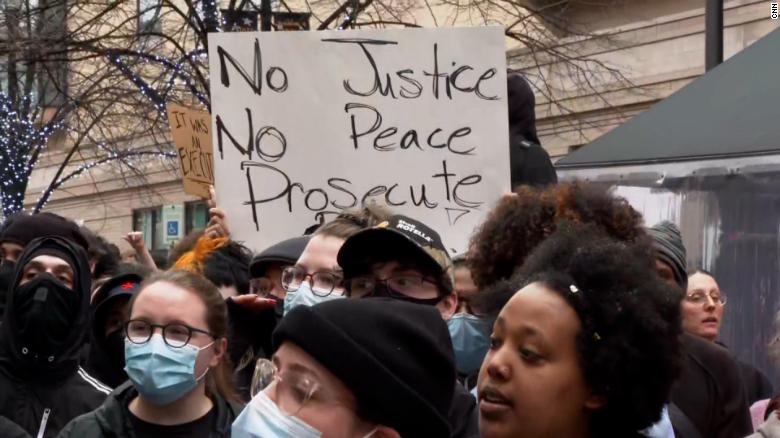 In roughly 20 minutes of footage released by Grand Rapids police during a press conference, an officer, who has not been named, can be seen wrestling with 26-year-old Patrick Lyoya before firing his weapon into the back of Lyoya’s head. The video appears to show Lyoya trying to gain control of the officer’s stun gun during the struggle.