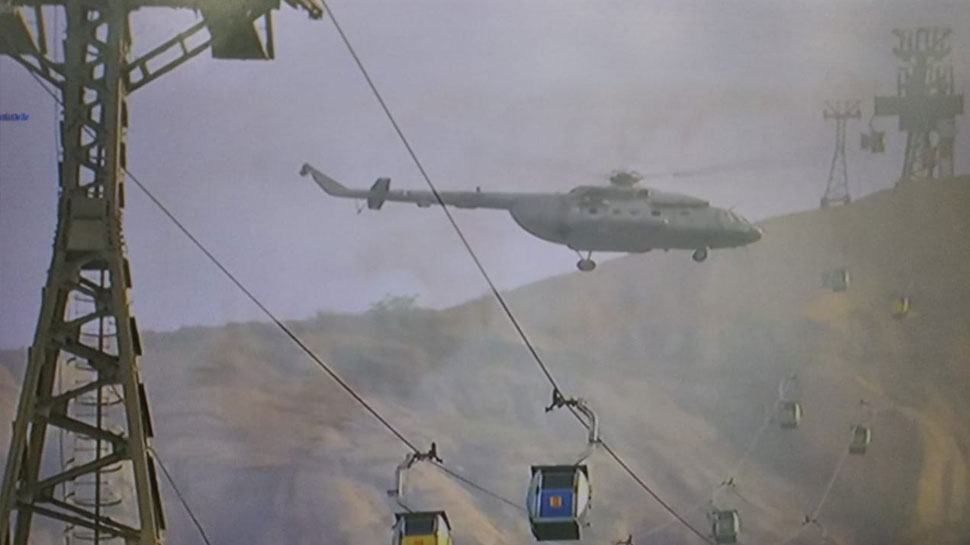 THE CHILLING sight of a man falling to his death from a helicopter on Monday during a rescue operation captured the trauma of a tense 30 hours in Jharkhand’s Deoghar, where at least two people were killed in separate incidents triggered by the malfunctioning of a ropeway the previous evening.

By Monday evening, 43 people had been rescued from 24 cable cars on the 770-m ropeway to the Trikut hills, which is a popular tourist spot. Eleven of them were rescued on Sunday evening, including a woman who succumbed later to injuries sustained inside a cable car that “swung wildly” during the mishap, officials and eyewitnesses said.