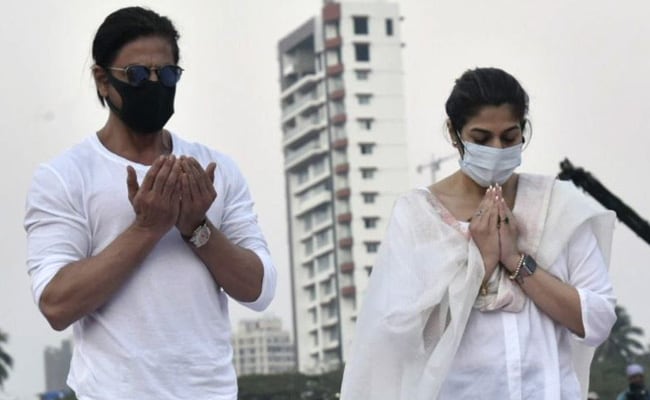 Visuals from the cremation ceremony at Shivaji Park in Mumbai show Mr Khan and his manager Pooja Dadlani paying their last respects to the singer. A photograph of Mr Khan with his hands raised in dua and of Ms Dadlani with her hands joined in a pranaam went viral on social media, with most people appreciating how the frame beautifully captured India’s diversity.

Not Gauri Khan, this is who accompanied Shah Rukh Khan to Lata Mangeshkar’s funeral