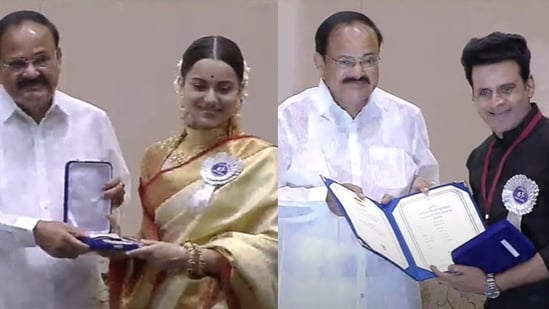 October 25, 2021 will always be a memorable day for actor Kangana Ranaut as she received her fourth National Film Award today.

Kangana was awarded the Best Actress Award for her performances in ‘Manikarnika: Queen of Jhansi’ and ‘Panga’. For the special occasion, she chose to wear a traditional silk saree. She even shared several pictures of her look on her Instagram account before walking up to the stage to receive the award.

“All set to receive the highest honour for an artist in the country today …. National Award,” she captioned the post.