Pakistan is ‘arsonist’ disguising itself as ‘fire-fighter’: Sneha Dubey 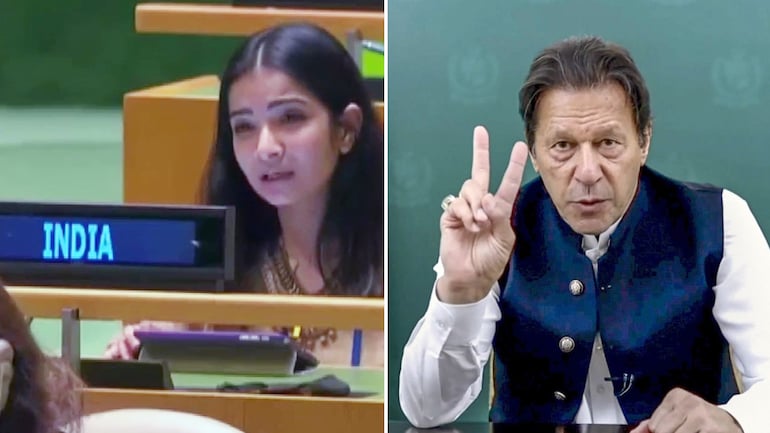 India denounced Pakistan as a patron of terrorism and a suppressor of minorities in reply to Pakistan prime minister Imran Khan’s tirade against the country.

In a strong rebuttal, Sneha Dubey, India’s first secretary, said: “This is the country which is an arsonist disguising itself as a fire-fighter. Pakistan nurtures terrorists in their backyard in the hope that they will only harm their neighbours. Our region, and in fact the entire world, has suffered because of their policies. On the other hand, they are trying to cover up sectarian violence in their country as acts of terror.”

Sneha Dubey: The junior diplomat hailed for her fiery response to Pakistan’s Imran Khan at the UN

Pakistan is ‘arsonist’ disguising itself as ‘fire-fighter’: Sneha Dubey