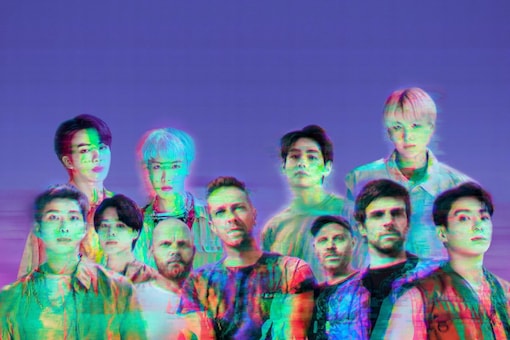 The wait is finally over as BTS and Coldplay’s much-anticipated track My Universe has dropped on Youtube. Both the groups had officially announced their collaboration on 13th September amid speculations of them joining hands and fans have been looking forward to their single since then. The bilingual song has the perfect mix of Coldplay’s romantic vibe and BTS’ thoughtful lyrics, accompanied by a short rap section in Korean by Suga and J-Hope.

My Universe song: BTS and Coldplay sing about love in their highly-anticipated track