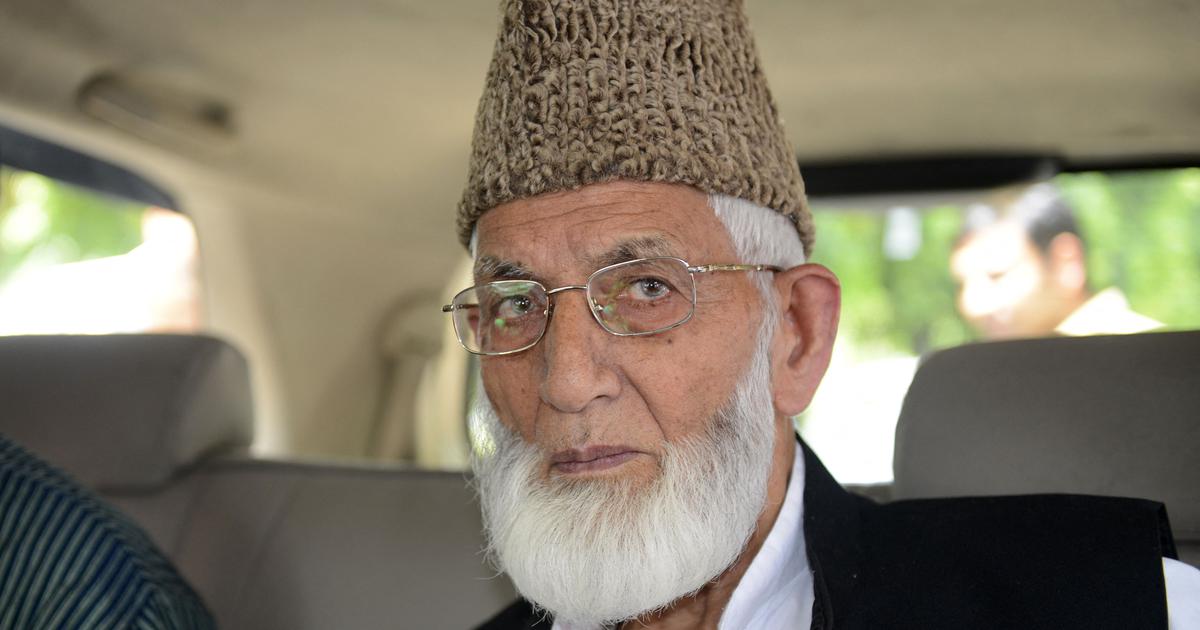 Kashmiri separatist leader Syed Ali Shah Geelani was buried at a graveyard near his residence in Srinagar’s Hyderpora around 4.30am on Thursday amid tight security, his relatives said. Only Geelani’s close relatives and neighbours were allowed to attend his funeral as the security forces sealed the graveyard.

Geelani, the face of separatism in Kashmir for over three decades, died at his home in Srinagar on Wednesday after a prolonged illness. He was 91. Geelani spent around two decades in jail. He was largely confined to his residence because of ill-health since 2010. He was put under house arrest again ahead of the controversial nullification of Jammu and Kashmir’s semi-autonomous status in 2019 and released last year.

Even journalists were prevented from covering the funeral and stopped from going to Hyderpora while restrictions were imposed across Kashmir and the internet and mobile phones were snapped. Only post-paid mobiles of Bharat Sanchar Nigam Limited were working in Kashmir.

Geelani laid to rest in Srinagar amid tight security