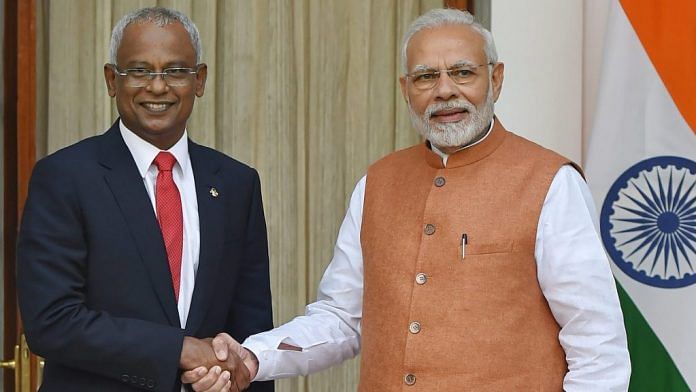 India and Maldives on Thursday will sign a contract on the mega Greater Male Connectivity project (GMCP), the largest infrastructure project in the country.

The project, funded by an Indian grant of $100 m and a Line of Credit of $400 m is also the biggest new development project by India in its neighbourhood in recent years. The project, the largest in the Indian Ocean atoll nation, will begin with the signing of the contract between the Maldives government and Indian infrastructure company AFCONS in Male.

Called the Greater Male Connectivity Project, it will involve the construction of a 6.74 km long bridge and causeway link connecting the capital Male with the adjoining islands of Villingli, Gulhifalhu and Thilafushi.

Maldives’ Largest Ever Infra Project, Funded By India: All You Should Know About The Greater Male Connectivity Project