Lionel Messi signs with PSG, to wear No. 30 after Barcelona exit` 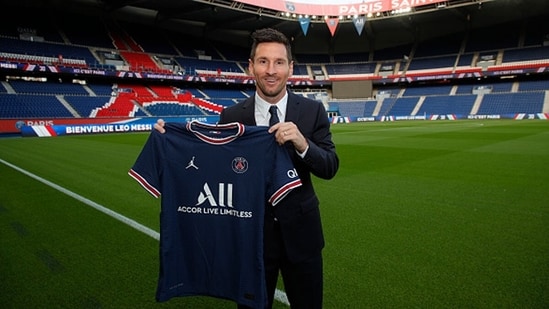 Paris Saint-Germain have confirmed the signing of Lionel Messi after the Argentina captain’s contract at Barcelona expired earlier this summer.

Messi has signed a two-year contract with the Ligue 1 side, with the option of extending for a further year. Sources told ESPN’s Julien Laurens that Messi is expected to earn between €30-35 million ($35-41 million) net a year.

Lionel Messi signs with PSG, to wear No. 30 after Barcelona exit

Lionel Messi confirmed as PSG player, to wear jersey No 30