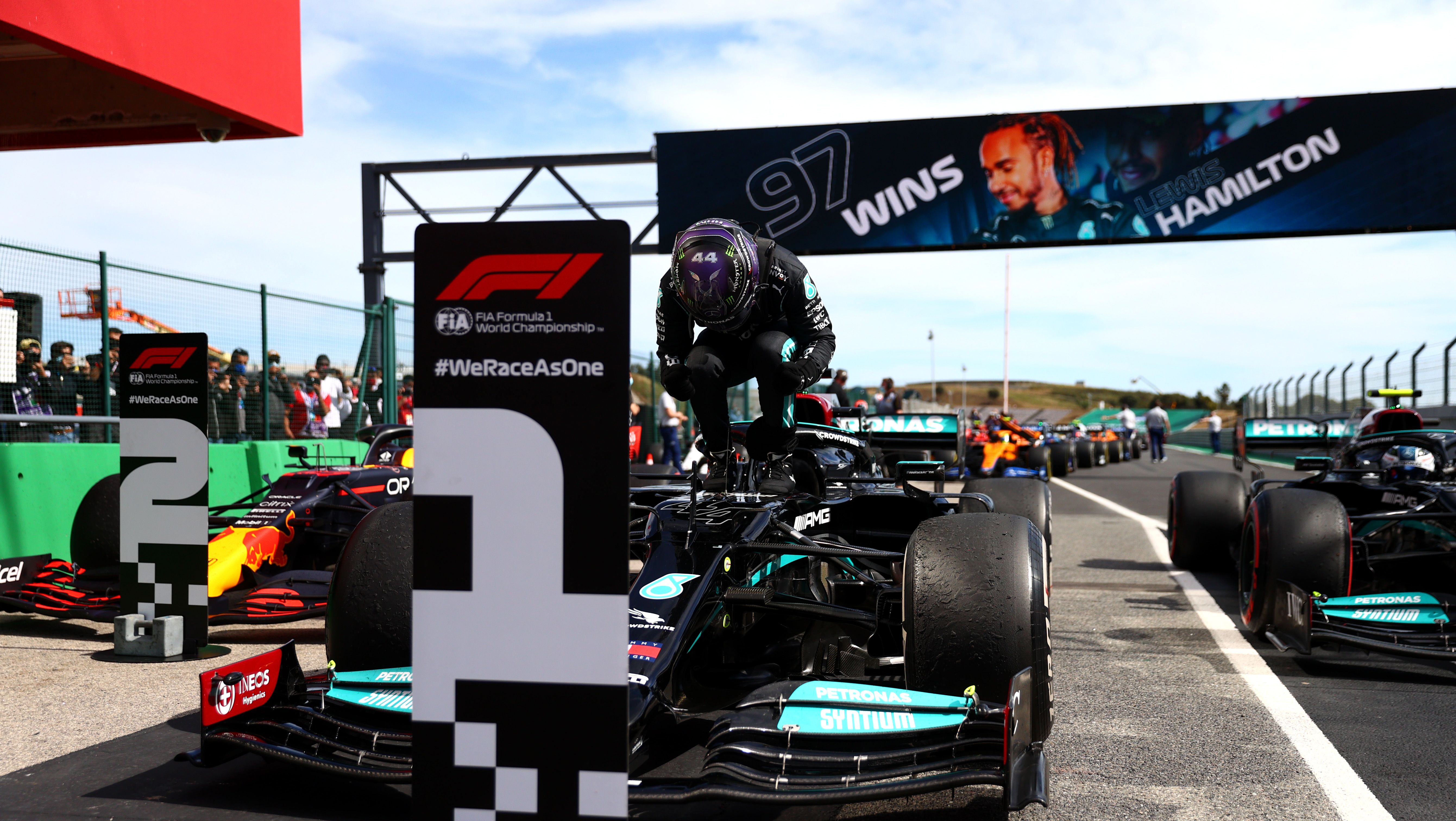 While all those around Lewis Hamilton are walking a high-speed tightrope trying to keep up with the seven-time Formula 1 champion, Hamilton just keeps winning.

Hamilton turned in his latest masterpiece at Portimao in Portugal on Sunday, winning the F1 Portuguese Grand Prix for his 97th career victory and second in three tries in 2021. And for the second time this season, Hamilton proved that no pole was no problem in securing the win.

Marko says “something has to change” on F1 track limits

‘It breaks you’: Daniel Ricciardo’s heartache after F1 disaster