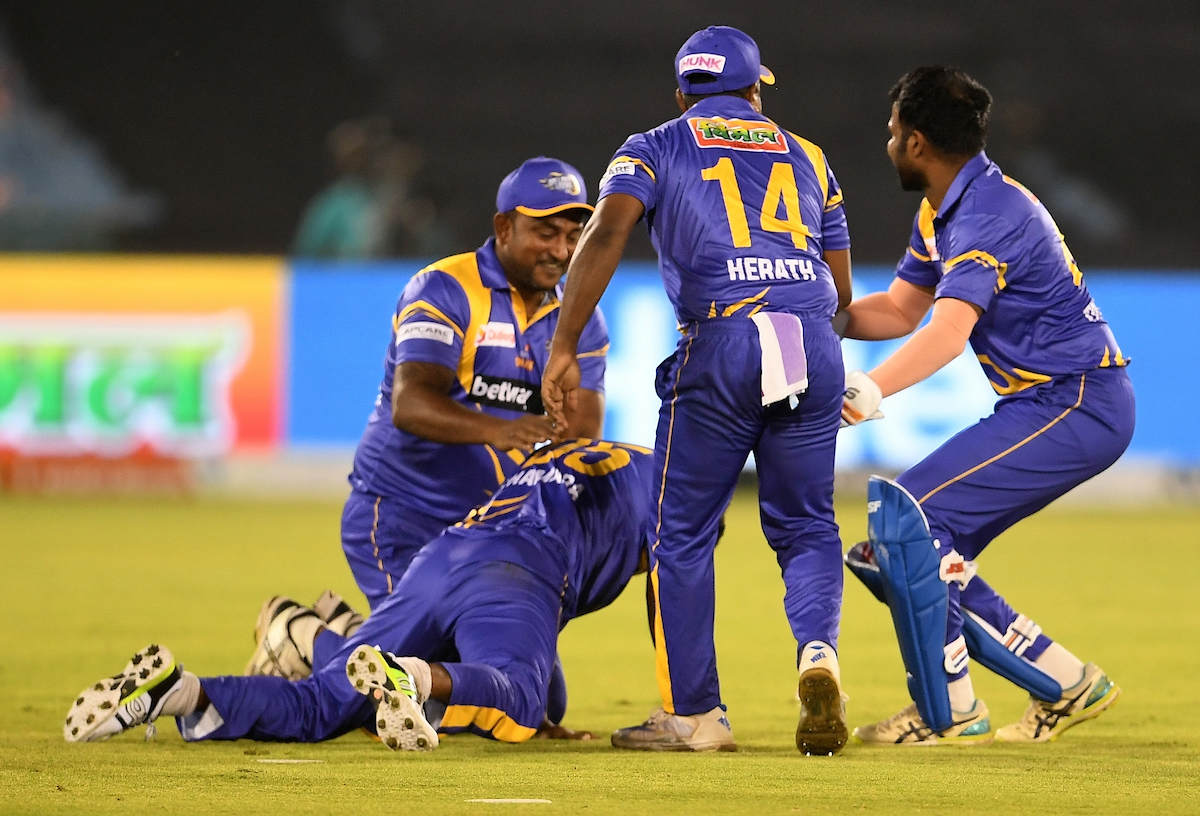 Sri Lanka Legends gunned down down a below-par 126-run target with 16 balls to spare. Chinthaka Jayasinghes (47*) and opener Upul Tharangas (39*) forged a 70-run stand for the third wicket as Sri Lanka finished at 129 for the loss of two wickets in 17.2 overs.

Earlier, Sri Lanka captain Tillakaratne Dilshan won the toss and elected to field first. Nuwan Kulasekara was the wrecker-in-chief for the Sri Lankans with five wickets for 25 runs. For South Africans, it was opener Morne van Wyk who starred with a half-century from 57 balls including eight boundaries.