Salma Hayek cried while shooting Desperado sex scene, ‘I keep thinking of my father and my brother’ 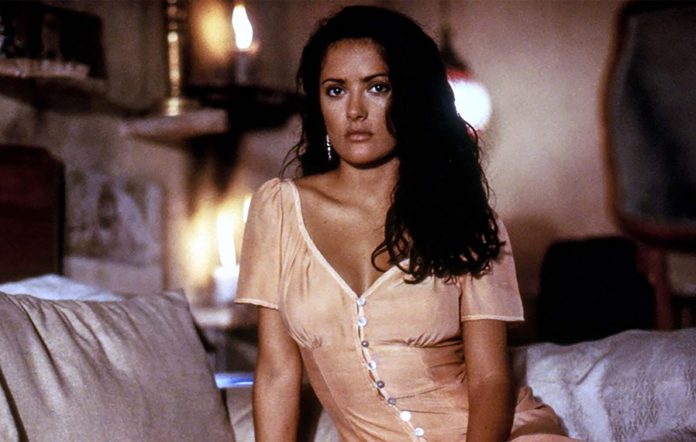 Hollywood star Salma Hayek has detailed about her experience shooting the sex scene in the 1995 film Desperado, directed by Robert Rodriguez and also starring Antonio Banderas.

Desperado is the second installment in Rodriguez’s Mexico Trilogy, which also includes the films El Mariachi (1993) and Once Upon a Time in Mexico (2003).

Mexico-born American Hayek broke out from the action movie in which she played the role of Carolina, a tough book cafe owner who teams up with Banderas’ El Mariachi seeking revenge on the drug lord who killed his lover.

Salma Hayek cried while shooting Desperado sex scene, ‘I keep thinking of my father and my brother’

Why Salma Hayek cried while filming the sex scene in her breakout film, ‘Desperado’

Salma Hayek Looks Back on Her Traumatic ‘Desperado’ Sex Scene: “I Started to Sob”