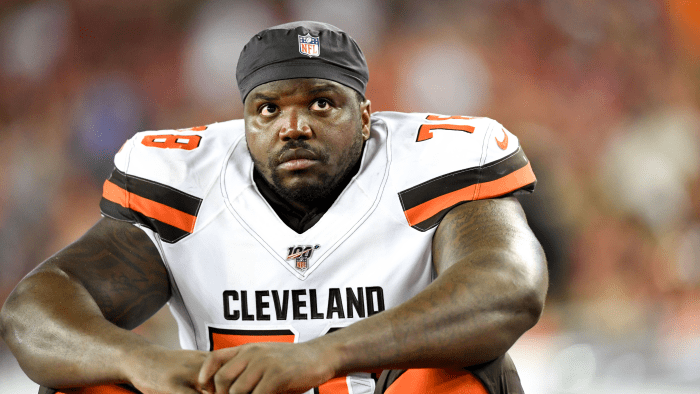 NFL offensive tackle Greg Robinson and free agent wide receiver Quan Bray were arrested at the Sierra Blanca border checkpoint near the United States and Mexico border this week, according to an official statement from the Department of Justice in the Western District of Texas. The statement, provided by ESPN’s Adam Schefter, alleges that Robinson and Bray were in possession of 157 pounds of marijuana which was stored inside several large duffle bags in the rear cargo area of a vehicle they were driving. TMZ was first to report this story.

Greg Robinson arrested for allegedly possessing 157 pounds of marijuana, could face up to 20 years in prison

Browns’ Greg Robinson arrested at border with ‘a lot’ of weed