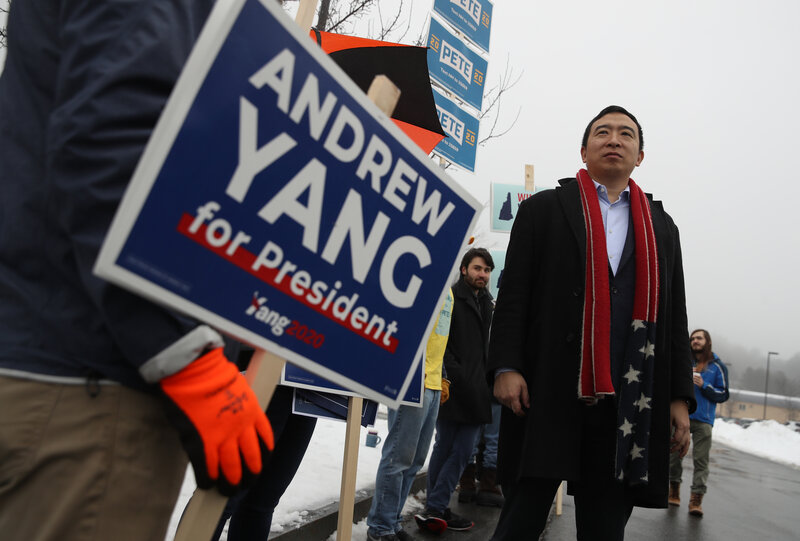 Andrew Yang, a tech entrepreneur who built his campaign around a signature policy proposal — universal basic income — has ended his bid for the presidency.

“We have touched and improved millions of lives and moved this country we love so much in the right direction. And while there is great work left to be done, you know, I am the math guy, and it is clear tonight from the numbers that we are not going to win this race,” he told supporters on Tuesday night.

Andrew Yang Is Dropping Out. He Thinks His Campaign Has Two Big Legacies.