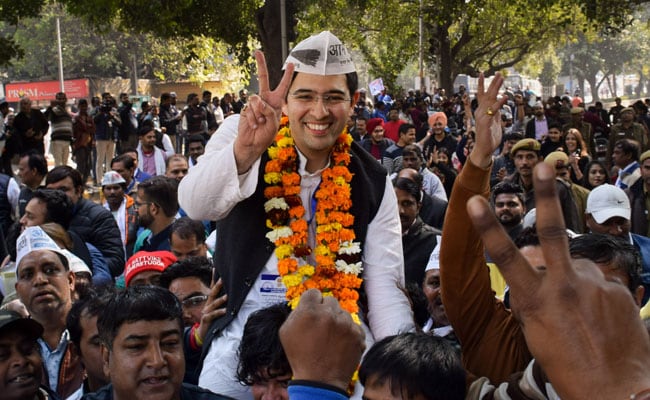 With another landslide victory for the Aam Admi Party in the Delhi Assembly polls, party chief Arvind Kejriwal plans to rejig his cabinet when he forms the new government.

Sources said that Atishi Marlena and Raghav Chadha would be part of Kejriwal’s new cabinet. Atishi has won polls from Kalkaji and Chadha from Rajinder Nagar. Both were contributing to the state government in different capacities as advisors before being removed by the Centre, citing their “illegal appointments”.

Atishi, an alumna of Delhi’s St Stephens College and Oxford University, has been praised by the party for her efforts to reform Delhi’s education sector. With her reaching the Assembly, sources said that role of Deputy Chief Minister Manish Sisodia would be bit curtailed as she would now be looking after the Education Department.

Delhi proved that Kejriwal isn’t a ‘terrorist’ but a ‘true patriot’: Raghav Chadha