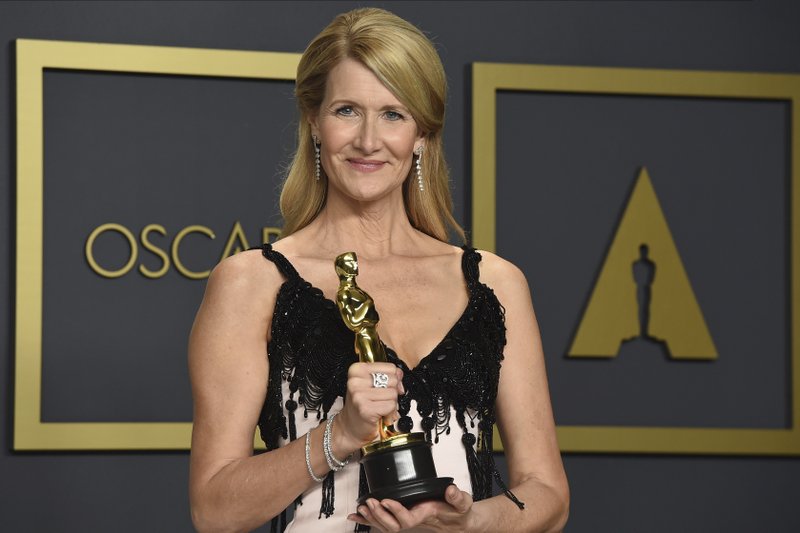 Laura Dern’s turn as a steely divorce attorney in “Marriage Story” made the case with Oscar jurors, who completed her awards season sweep by awarding her the best supporting actress trophy.

Dern’s win Sunday came nearly three decades after her first Academy Award nomination, a lead actress bid in 1992 for “Rambling Rose.” She received a supporting actress nod in 2015 for “Wild,” and has earned Emmys and a wealth of critics’ honors over the years.

“Some say, never meet your heroes. I say if you’re really blessed, you get them as your parents,” an emotional Dern said in accepting the trophy. “I share this with my acting legends, my heroes, Diane Ladd and Bruce Dern. You’ve got game. I love you.”