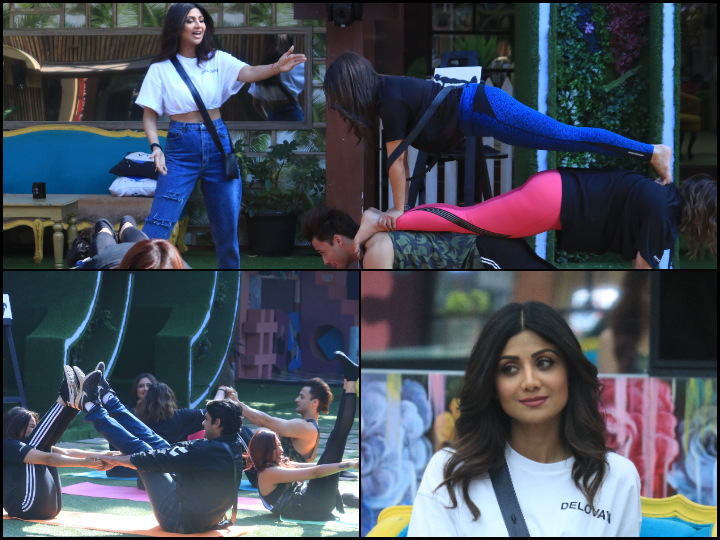 Bigg Boss housemates are prepping up for the final lapse of the popular reality show. The race to finale task created a lot of drama and Shehnaaz Gill and Arti Singh opened up on why they were upset with Sidharth Shukla’s decision. Shehnaz even stopped talking to Sidharth after the immunity task. She even had a fight with Sidharth over saving Paras for immunity.

Bollywood actress Shilpa Shetty entered the BB 13 house with a cleansing wiper and informed everyone that she was here to cleanse the contestants from  the inside. She got yoga mats for them and started the cleansing process by telling them to find inner peace by doing asanas. Shilpa made them do the ‘Kapalbhati’ first and told them that it’s the thumb rule for inner cleansing.

Later, she introduced a twist and gave them couple yoga asanas. Shehnaz- Sidharth, Paras -Mahira and Rashami- Asim were paired together. Aarti joined Rashami and Asim forcefully. The three of them successfully performed the yoga poses better than the others.