Jim Jordan picked to be top Republican on Judiciary panel 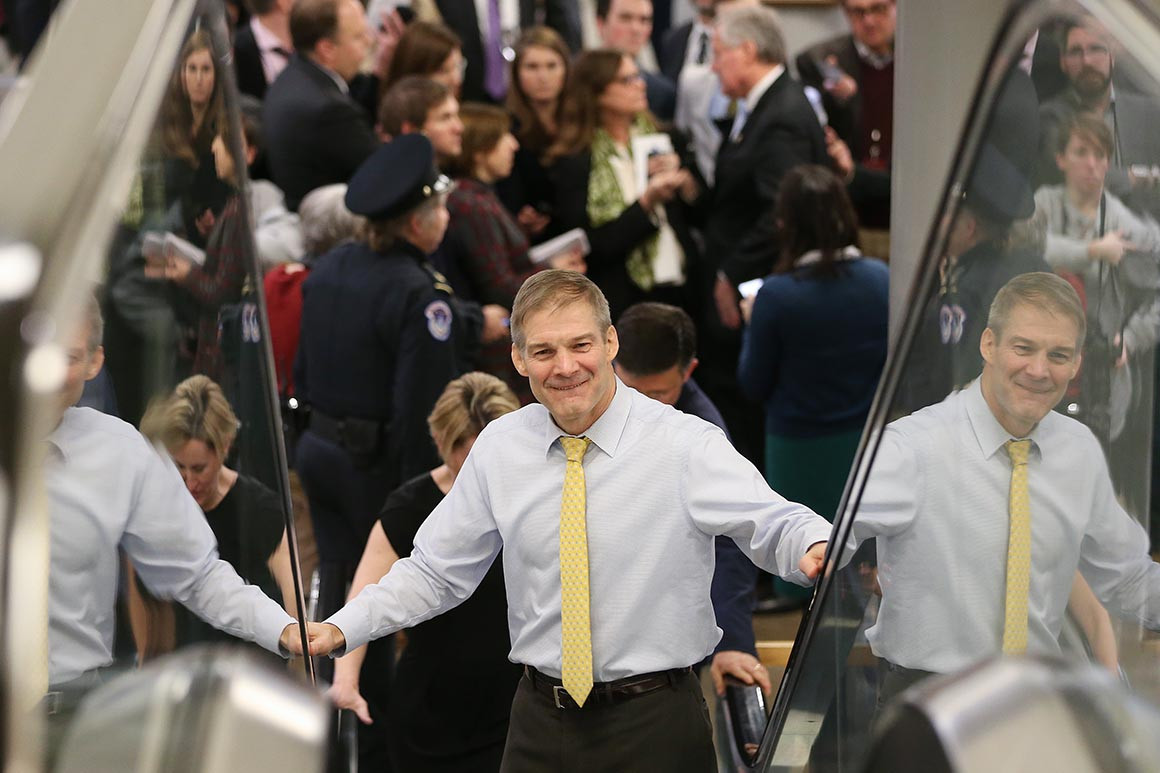 House GOP lawmakers have picked Rep. Jim Jordan — one of President Donald Trump’s most loyal allies on Capitol Hill — to be the next top Republican on the powerful House Judiciary Committee.

And retiring Rep. Mark Meadows (R-N.C.), another top Trump defender, has been tapped to take over Jordan’s leading GOP spot on the House Oversight Committee — a move that will put some of the president’s fiercest attack dogs on the frontlines of combatting Democratic oversight efforts.

Jim Jordan picked to be top Republican on Judiciary panel