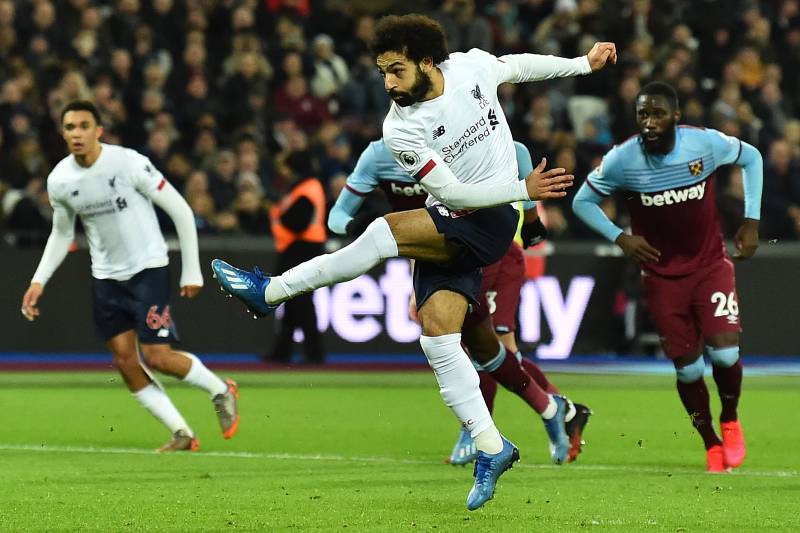 Liverpool continued their relentless march to a first English title in 30 years, easing to a 2-0 victory at West Ham United on Wednesday to move 19 points clear at the Premier League summit.

Mohamed Salah fired them ahead from the penalty spot in the first half and Alex Oxlade-Chamberlain doubled their advantage early in the second to wrap up a remarkable 23rd win from 24 games this season and stretch their unbeaten league run to 40.

In a fixture postponed from December, when Liverpool were busy winning the Club World Cup, they never looked under much pressure and picked West Ham off at crucial moments, defending manfully when needed and looking a constant menace on the break.