Powerful Earthquake Strikes Caribbean, But No Reports Of Injuries Or Damage 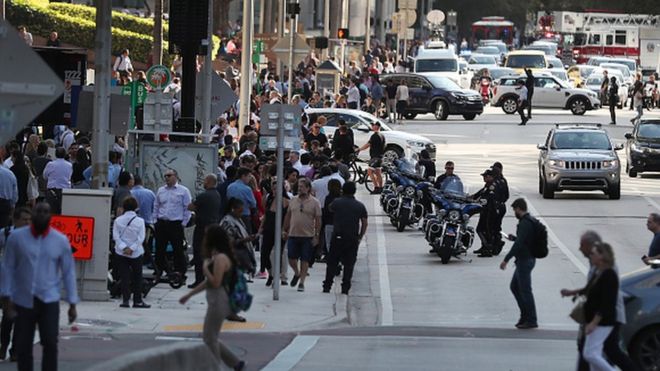 A powerful 7.7-magnitude earthquake struck off the coast of Jamaica, Cuba and the Caymans on Tuesday, startling people as far away as Miami and prompting official tsunami alerts for a large area of the Caribbean that were later withdrawn.

The quake, initially reported as 7.3-magnitude before being upgraded, was centered 86 miles northwest of Montego Bay, Jamaica, and 87 miles west-southwest of Niquero, Cuba, at a depth of just 6 miles, according to the U.S. Geological Survey. It struck at 2:10 p.m. ET.

Powerful Earthquake Strikes Caribbean, But No Reports Of Injuries Or Damage

Powerful 7.7 earthquake strikes in Caribbean between Cuba and Jamaica

Magnitude 7.7 earthquake strikes off the coast of Jamaica and is felt as far away as Miami

Why are there so many earthquakes in the Caribbean? Two tectonic plates go to war