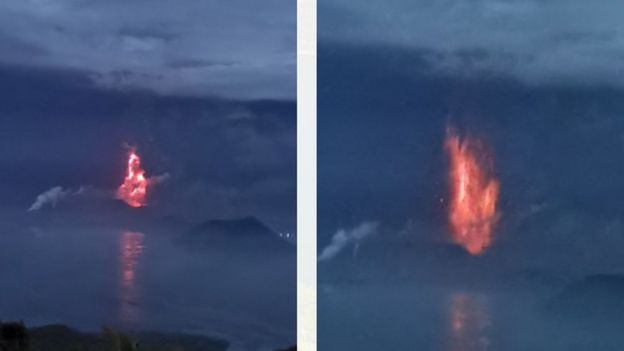 TAGAYTAY, Philippines – Red-hot lava gushed from of a Philippine volcano on Monday after a sudden eruption of ash and steam that forced villagers to flee and shut down Manila’s international airport, offices and schools.

There were no immediate reports of casualties or major damage from Taal volcano’s eruption south of the capital that began Sunday. But clouds of ash blew more than 100 kilometers (62 miles) north, reaching the bustling capital, Manila, and forcing the shutdown of the country’s main airport with more than 240 international and domestic flights cancelled so far.

Warnings of ‘Volcanic Tsunami’ After Eruption in Philippines