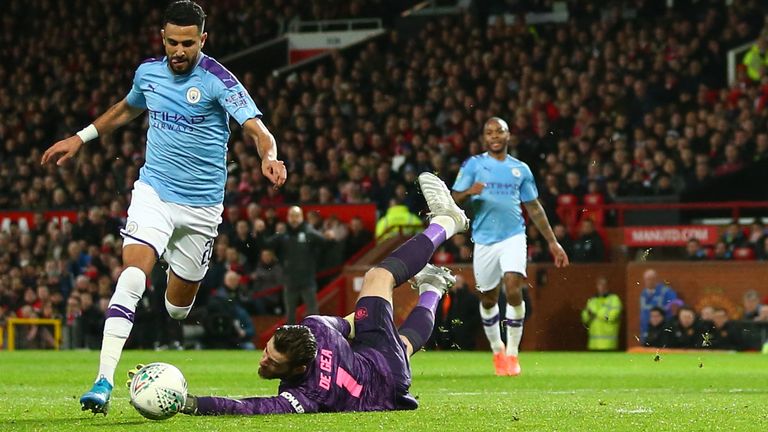 Manchester City used a barnstorming first half to ease past Manchester United 3-1 in the first leg of their Carabao Cup semifinal at Old Trafford on Tuesday night.

United beat City 2-1 when they last met in the Premier League on Dec. 7, but a repeat of that result looked unlikely from the outset with a nearly full strength XI from Pep Guardiola forcing the issue from the outset.

What channel is Man Utd vs Man City on? How to watch Carabao Cup semi-final live