NASA’s Mars 2020 to Prepare for Humans into Deep Space 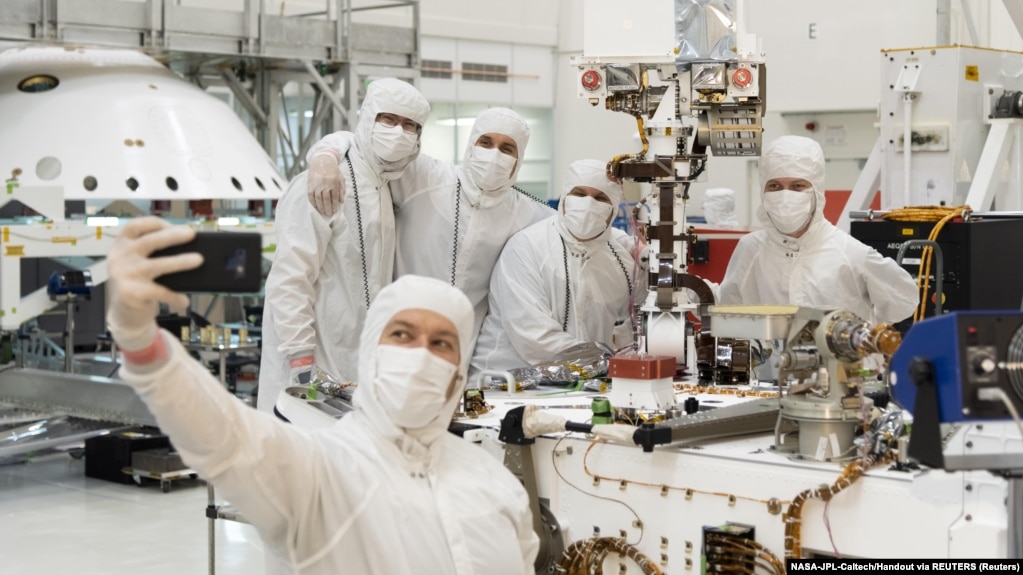 America’s space agency is nearing completion of a vehicle that will search for evidence of past life on Mars. It is too cold and dry for life to exist on the surface of Mars today. But scientists hope the rover will find evidence of life that once lived on the planet.

The rover will make the trip to the red planet later this year, and start preparing for NASA’s mission to send humans into deep space.

NASA recently showed off its Mars 2020 rover. It has four wheels and is about the size of a car. The rover will be sent to Florida’s Kennedy Space Center in three parts. It will be put together there. The vehicle’s official name will be chosen soon.

NASA’s Mars 2020 to Prepare for Humans into Deep Space

The Observer view on space exploration and the perils facing Earth

JPL Shows Off Mars 2020 Rover Ahead of Launch This Summer