Eli Manning Closes With a Flourish. Will There Be an Encore? 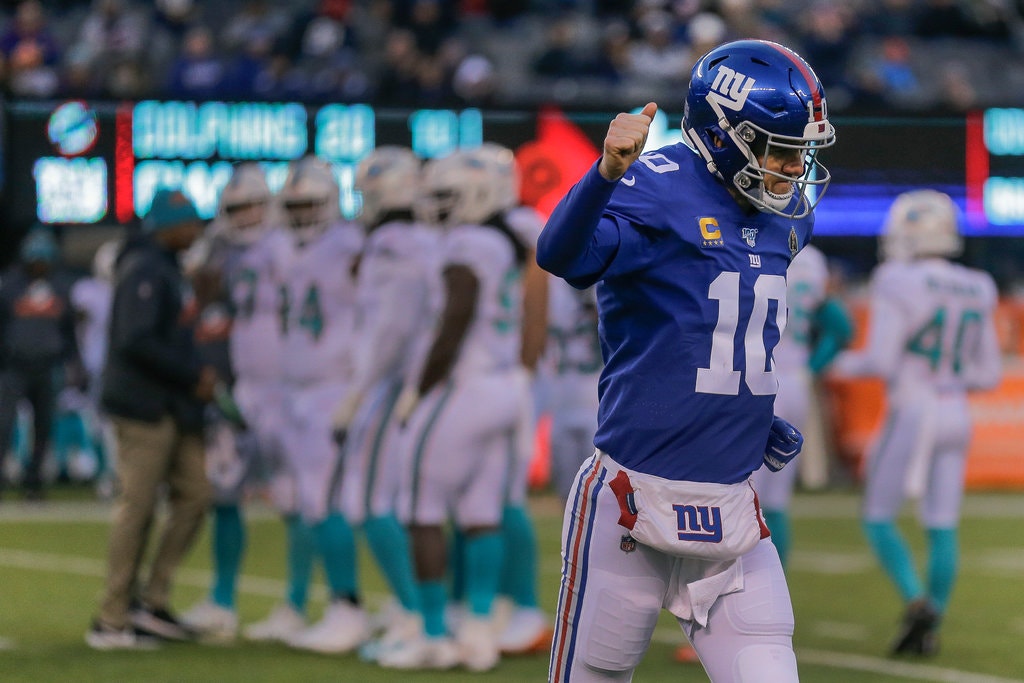 EAST RUTHERFORD, N.J. — If this was Eli Manning’s final start at home in an N.F.L. career in which he won two Super Bowls with the Giants, it was one that sent chills down the spine and led to a choked-back tear for the face of the franchise for the past 16 years.

Manning, a two-time Super Bowl most valuable player, threw two touchdowns on Sunday afternoon, and the Giants snapped a franchise-record-tying nine-game losing streak with a 36-20 victory over the Miami Dolphins.

Eli Manning Closes With a Flourish. Will There Be an Encore?

Eli Manning: This Win is One I’ll Remember

If this was Eli Manning’s last hurrah, he went out with a win and plenty of emotion