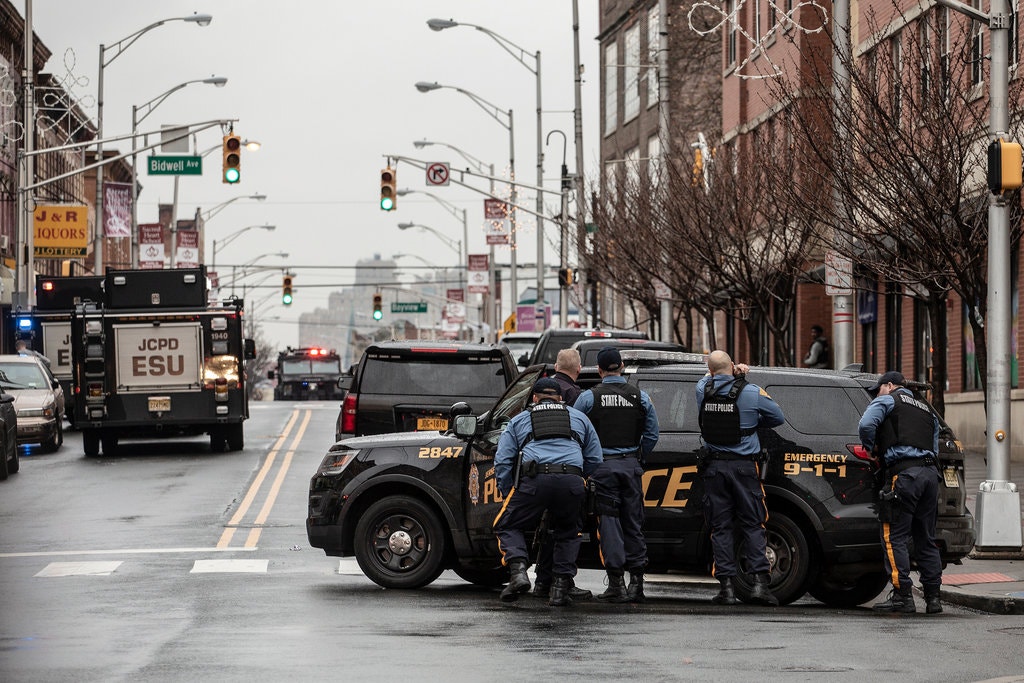 Six people, including one police officer, were killed in Jersey City, N.J., on Tuesday in a series of gunfights that brought destruction to a kosher market and made a residential area feel like a war zone.

The dead included three people in the market as well as two suspected shooters, officials said. The slain police officer, Detective Joseph Seals, 40, was a longtime veteran with the Jersey City Police Department, according to Chief Mike Kelly.

6 people killed, including a police officer and 3 bystanders, in Jersey City shooting