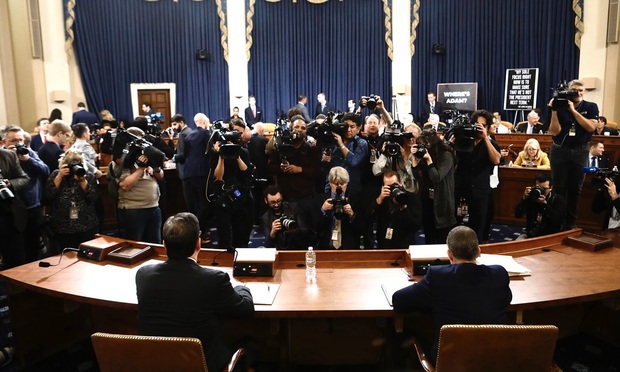 House Judiciary Committee counsel Barry Berke made the case for impeaching President Donald Trump on Monday, laying out three offenses that he said are grounds to potentially remove the president from office.

During his 30-minute opening statement, the Kramer Levin Naftalis & Frankel partner argued there are three main examples of “high crimes and misdemeanors” committed by Trump: abuse of power, betrayal of the national interest and corruption of elections.

Barry Berke Urges Trump’s Impeachment, or ‘Imagination Is the Only Limit’ on Presidential Abuses of Power