Arsenal fall to Brighton in Ljungberg’s second match in charge 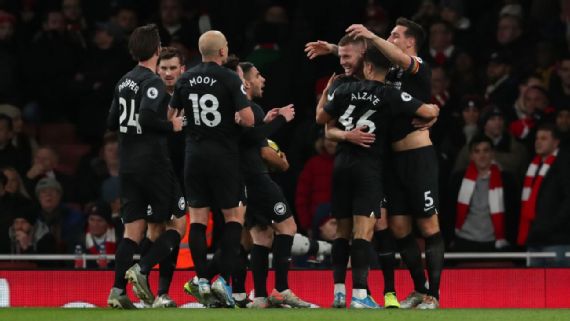 Arsenal lost to Brighton & Hove Albion at home for the first time ever on Thursday night as goals by Adam Webster and Neal Maupay lifted the visitors to a 2-1 victory in the Premier League.

Arsenal, who fired Unai Emery as manager last week and appointed former player Freddie Ljungberg as caretaker boss, now sit 10th in the table on 19 points, with Brighton a single point behind and three places below them.

“Of course, it’s disappointing but we’ve got to keep on going,” Ljungberg told reporters. “The players are low on confidence, I think you can see that.

Arsenal fall to Brighton in Ljungberg’s second match in charge

Arsenal Vs Brighton: 5 things we learned – It gets worse