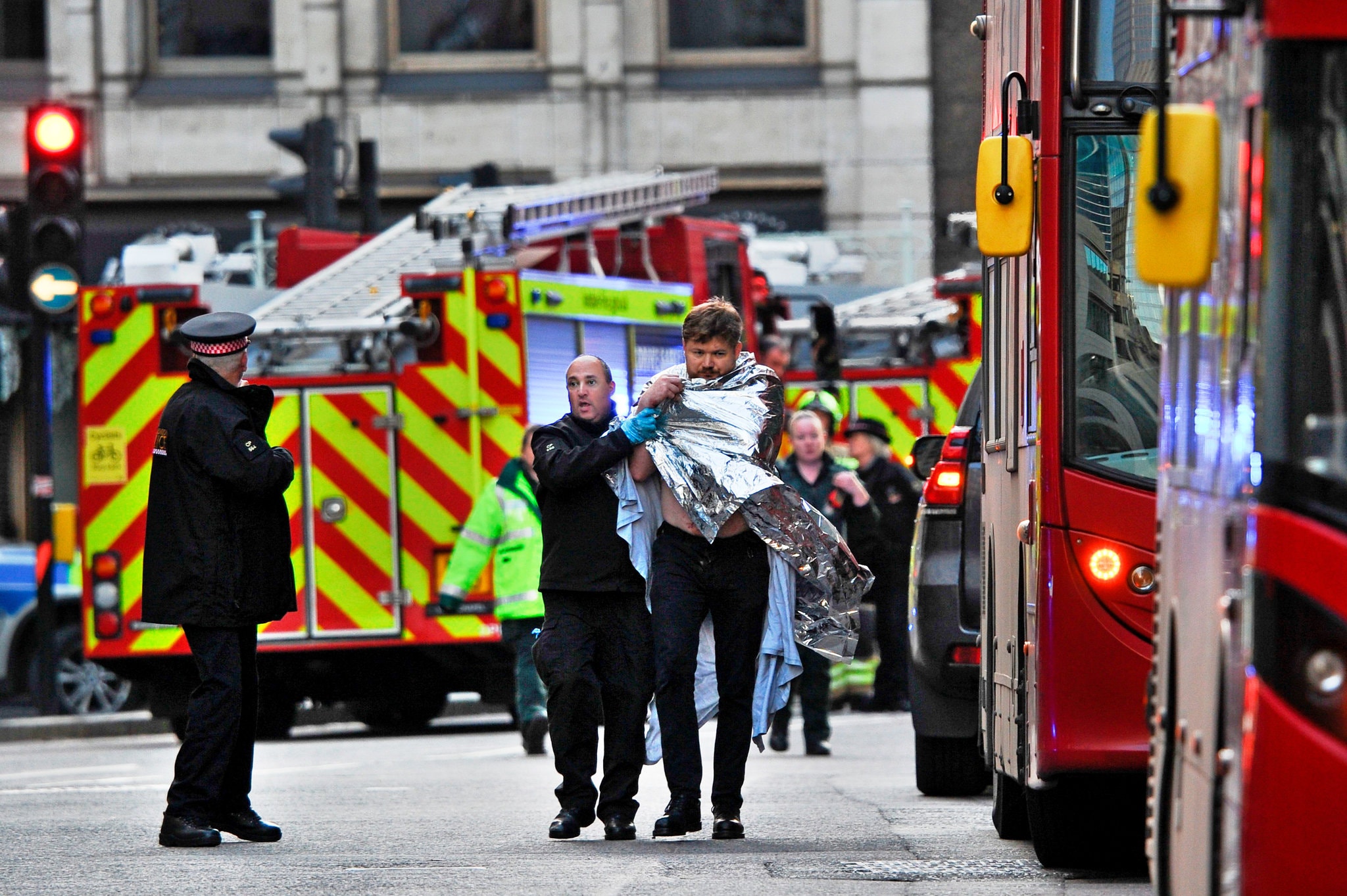 LONDON — The police shot and killed a man wearing a fake bomb on London Bridge on Friday, after two people were fatally stabbed in what the police called a terrorist incident, jolting Britain’s capital two weeks before a general election and three days before world leaders were to gather here for a NATO summit meeting.

The chaotic eruption of violence drew in several police officers and civilians, sent scores of panicked pedestrians fleeing from the bridge and nearby streets on both sides of the Thames, and evoked memories of an eerily similar terrorist attack on the same bridge in 2017 that killed eight people.