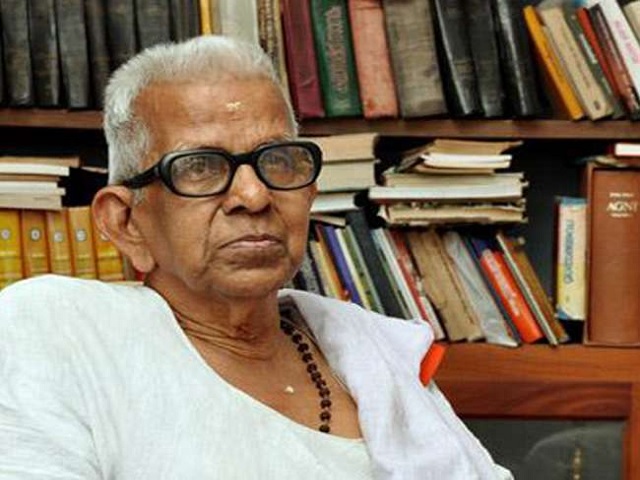 The prestigious Jnanpith Award for literature has been announced for the Malayalam poet Akkitham Achuthan Namboodri. A jury under the chairmanship of noted Odia writer Pratibha Rai held a meeting before the declaration of his name. Jury’s other members were Shamim Hanafi, Suranjan Das, Madhav Kaushik and Dr. Purushottam Bilimalale. The award consists of Rs 11 lakh, a statue of Vagdevi, a citation and a memento.