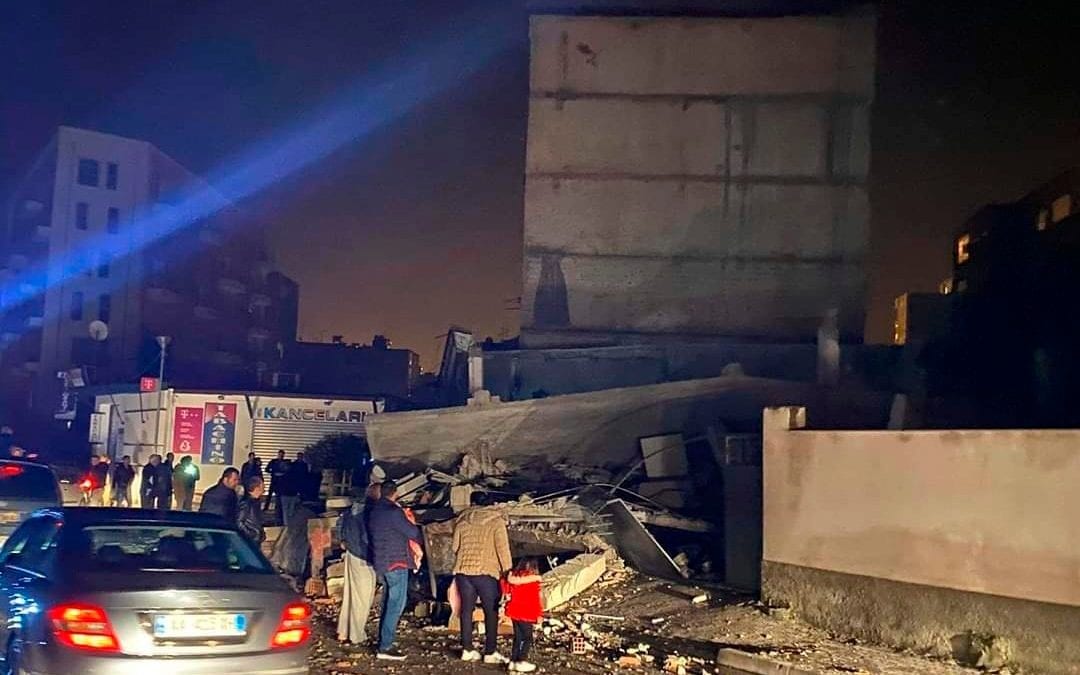 A powerful 6.4-magnitude earthquake struck Albania on Tuesday, sparking panic in Tirana and the coastal city of Durres where a building collapsed, according to the ministry of defence.

The shallow quake hit about 34 kilometres northwest of Tirana in the early hours of the morning, according to the European-Mediterranean Seismological Centre, sending people in the capital running into the streets.

A three-storey hotel in Durres collapsed while another building in the city centre was badly damaged.

Damage was also reported in Thumana, 30 kilometres from Tirana.

Albania earthquake: One dead and 50 injured as 6.4 magnitude quake hits near Tirana

One dead, buildings down after strongest tremor in decades hits Albania