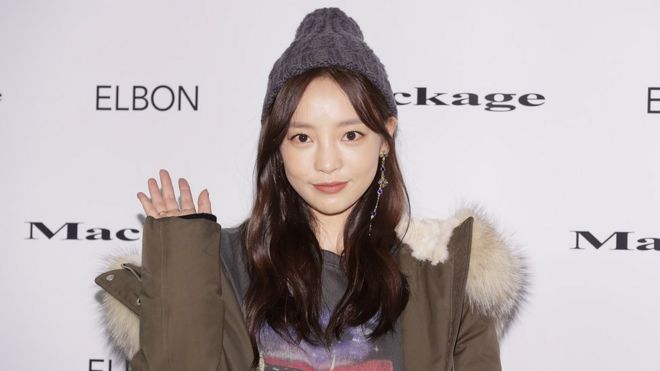 The 28-year-old is best known as a former member of the K-Pop group Kara, which she joined in 2008.

Goo had also appeared on television and released music by herself.

Police say the cause of death is still under investigation. She appeared at a series of comeback performances last week after being hospitalised in May following an alleged suicide attempt.