3 dead in shooting at Walmart in Duncan, Oklahoma: ‘The closer it is, the more it hurts’ 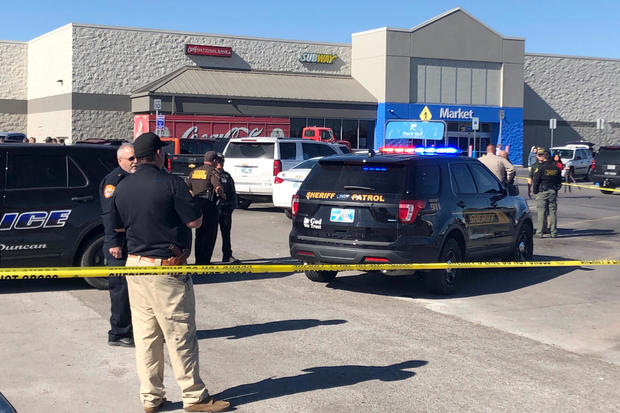 DUNCAN, Okla. – Three people were killed Monday in a shooting outside a Walmart that ended when a bystander pointed a gun at the shooter, police and a witness said.

Police responding to a call shortly before 10 a.m. local time found a man and a woman dead in the front seat of a car in the parking lot and another man deceased outside the car, Duncan Police Chief Danny Ford said.

“It appears several rounds were fired into the car, and a handgun was found on scene,” Ford said.

3 dead in shooting at Walmart in Duncan, Oklahoma: ‘The closer it is, the more it hurts’

Gunman kills 2 people, then himself in the parking lot of an Oklahoma Walmart, police say