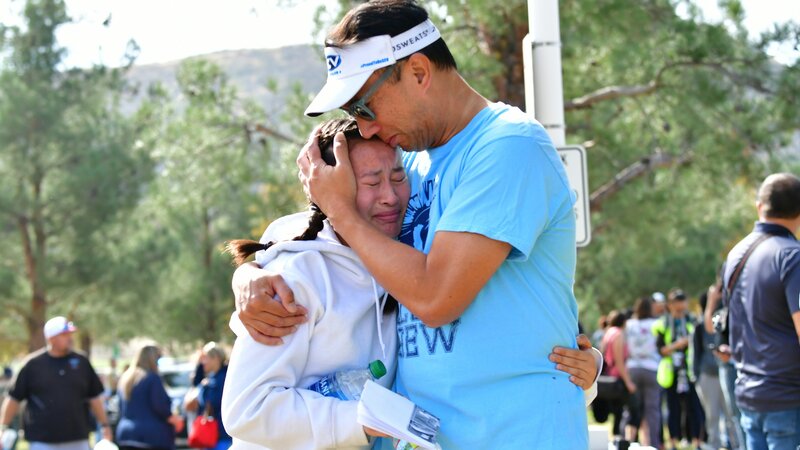 Two students have died after a gunman opened fire Thursday morning at Saugus High School in Santa Clarita, Calif., according to law enforcement officials. Three other students also were shot.

Authorities have not named the suspect but say he is a 16-year-old student at the school. He carried out the attack on his birthday.

Suspect In Santa Clarita School Shooting Shot Himself And Is Being Treated In A Local Hospital.

Saugus High School shootings: What you need to know about Santa Clarita, California