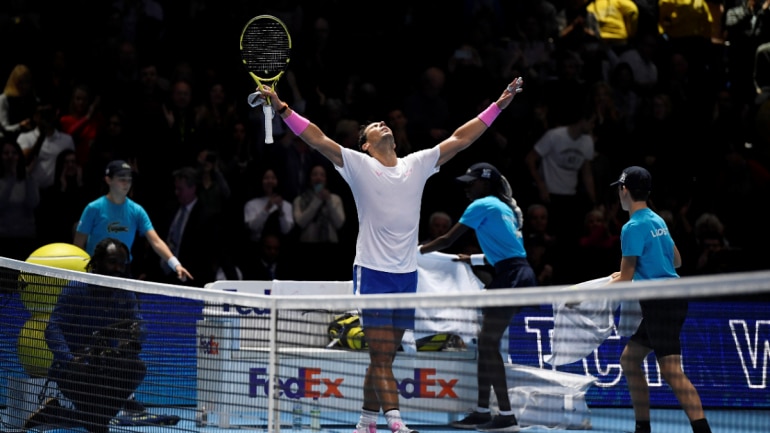 Rafael Nadal produced an incredible fightback to beat Russian Daniil Medvedev and keep his ATP Finals hopes alive on Wednesday, saving a match point at 1-5 down in the decider before winning 6-7(3) 6-3 7-6(4).

The world number one will require a victory over in-form Greek Stefanos Tsitsipas on Friday to have a chance of reaching the semi-finals. Tsitsipas, 21, is definitely there though after thrashing Alexander Zverev 6-3 6-2 in the evening match.

Nadal looked beaten as 23-year-old debutant Medvedev broke serve twice in the decider to stand on the brink of a first career victory over the Spaniard he pushed to five sets in an epic U.S. Open final in September.

Rafael Nadal fights back to beat Daniil Medvedev: ATP Finals – as it happened