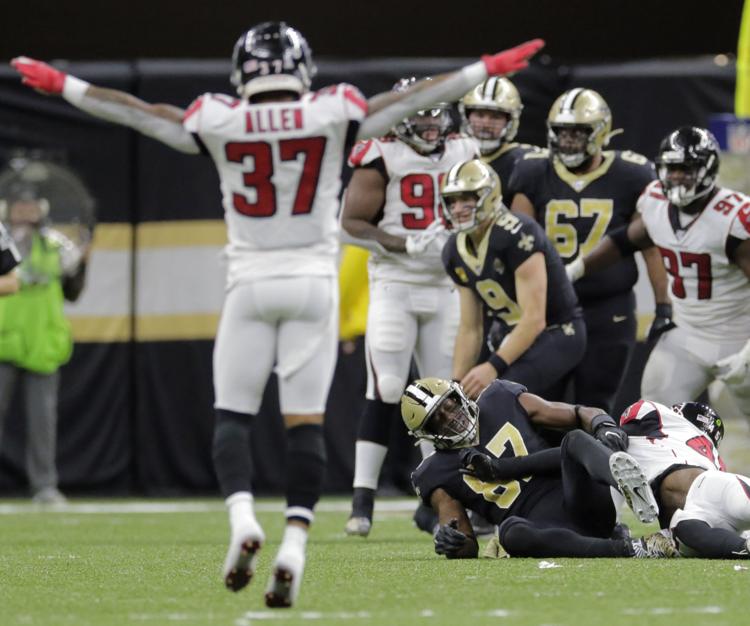 What initially looked like a momentary slipup wound up setting the tone for an uncharacteristically miserable day for New Orleans.

Brees was sacked five more times and the Saints lost 26-9, failing to score a touchdown at home with Brees under center for the first time in his 14 years with New Orleans.