‘This is a lynching, in every sense’: Lindsey Graham says Trump’s impeachment description ‘accurate’ 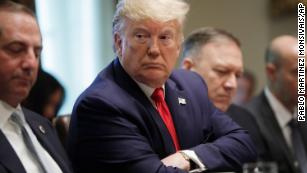 WASHINGTON – As many other lawmakers condemned President Donald Trump’s assertion that the impeachment inquiry against him amounted to a “lynching,” Sen. Lindsey Graham defended the comment and told reporters Tuesday that he thought the president’s assessment was “accurate.”

“This is a sham. This is a joke,” the South Carolina Republican said, condemning Democrats’ handling of the inquiry. He complained that interviews were not being made public, that House Republicans were not allowed to call witnesses and that the whistleblower who filed the complaint that sparked the inquiry was allowed to remain anonymous.

‘This is a lynching, in every sense’: Lindsey Graham says Trump’s impeachment description ‘accurate’

Impeachment Is Not Lynching