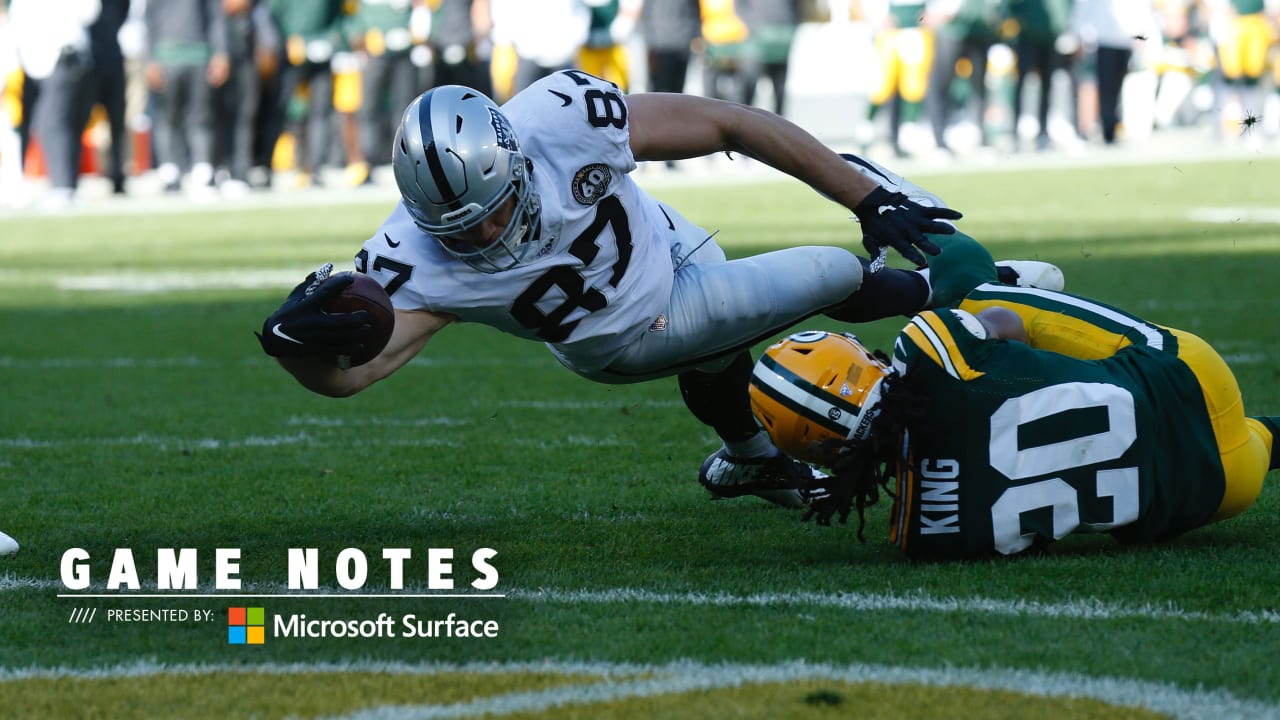 GREEN BAY, Wis. — Green Bay quarterback Aaron Rodgers believed his offense had been building toward what happened on Sunday afternoon. Packers head coach Matt LaFleur echoed a similar sentiment, saying he’d noticed hints that suggested big things were coming. Now the rest of the football world can see what they’d been anticipating. This is what the Packers’ passing game is supposed to look like when Rodgers and LaFleur are clicking.

Don’t let the 42-24 score fool you in the Packers’ win over the Oakland Raiders at Lambeau Field. This game wasn’t even that close, at least not in the second half. Not with Rodgers operating at peak brilliance. The 35-year-old completed 80.6 percent of his passes (hitting on 25 of 31 attempts) for 429 yards. He threw five touchdown passes, ran for another and didn’t toss one interception. His quarterback rating for the contest was a perfect 158.3. And what’s really scary is how easy he made that look.

Aaron Rodgers Has Finally Caught Up with the Packers—Look Out, NFL

Aaron Rodgers explodes for 6 TDs as Packers roll past Raiders

The Good, Bad And Ugly Of The Green Bay Packers’ Win Over The Oakland Raiders